In this article I wanted to talk about some Christmas Santa Clause traditions. We all have certain things we do for the holidays with our families and I think it would be fun to tell you about our personal tradition and how my hubby and I grew up and what traditions we do with our kids now.

When my husband (Ben) was growing up most of the gifts would come from his family and for Santa gifts there would be a few gifts but they were the more expensive or bigger gifts. Sometimes they would open his parents gifts on Christmas Eve and then Christmas morning they would have Santa gifts.

His Santa gifts usually would not be wrapped and they would just be sitting in the living room by the Christmas tree where they could instantly start playing with them.

He said that his sister and him were not allowed to leave there room or go to the living room until everyone was all up and they would walk out there together to see the gifts. They loved being able to play with and see all the items right away because then they didn’t have to wait for everything to be opened and they could jump right in.

They would know who’s items are what because they would be separated into certain piles and since it was just him and his sister they could tell by just looking who’s was who’s.

The anticipation and not being able to go out to the living room till everyone was up he said was so fun and exciting. Then they would go through all the gifts and start putting them together with there parents. They would laugh and have fun all day playing with everything together. 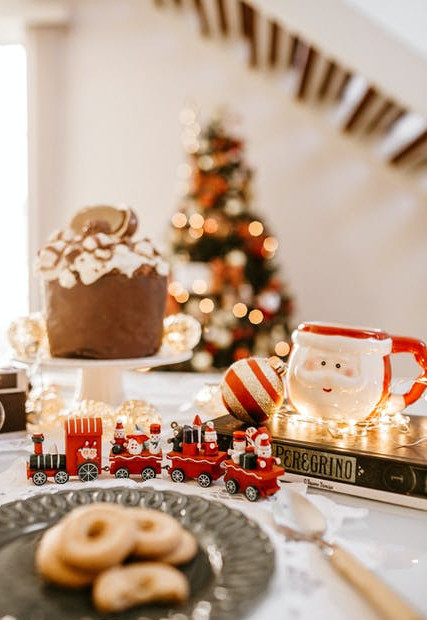 Christmas Eve we usually got to open 1 or 2 gifts from our parents but we never did more then that since we had a Christmas with my mom’s side of the family on Christmas Eve and already had plenty to open.

Santa gifts we always had more than we did from out parents under the tree. They usually picked the bigger or more expensive gifts for Santa. They would always wrap up all the gifts in a special wrapping paper and set them under the tree in the middle of the night. My Mom would also have the name tag wrote out in all capital letters for a special Santa writing.

The only time a gift was not wrapped was if the item was too big to wrap up. I loved being able to sit around the tree Christmas morning and watch everyone open gifts

We would take turns one by on opening each gift and it was so fun seeing the excitement in everyone’s face seeing the size of there items or shaking the boxes to guess what the items were. It brought lots of laughs to the morning which is something I will cherish for a long time. 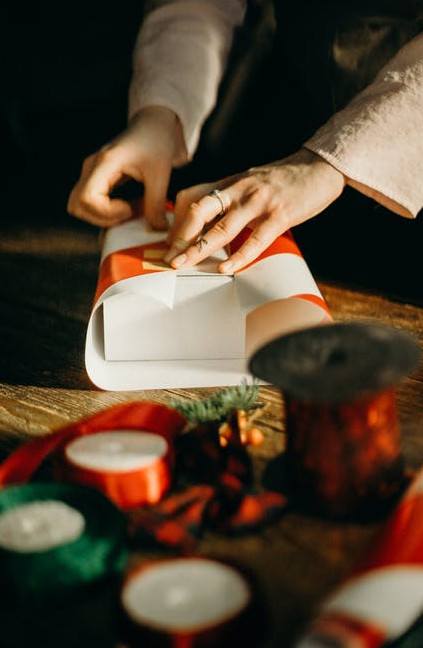 Now We Have Kids

Now that we have our own family and kids together some traditions have change of course. We did have different traditions it was a little hard at first agreeing on what we wanted to do.

I personally feel it is so much more exciting to have all the gifts wrapped up and have the kids take turns opening them all on Christmas morning. I feel that having them already open sitting on the floor by the tree takes away some fun and its over to fast. Ben did agree a little on that but also wanted to have a few gifts already sitting there not wrapped.

I agreed that the bigger items from Santa that take up a bunch of wrapping paper could be sitting in the open. We don’t allow out kids to come out of there room until we are all up and we get them out of there rooms which they are really good about.

This year for example we bought our kiddos a 12 volt battery operated ride on toy which we won’t be wrapping because it is huge (boy I can’t wait to see the look on there face). 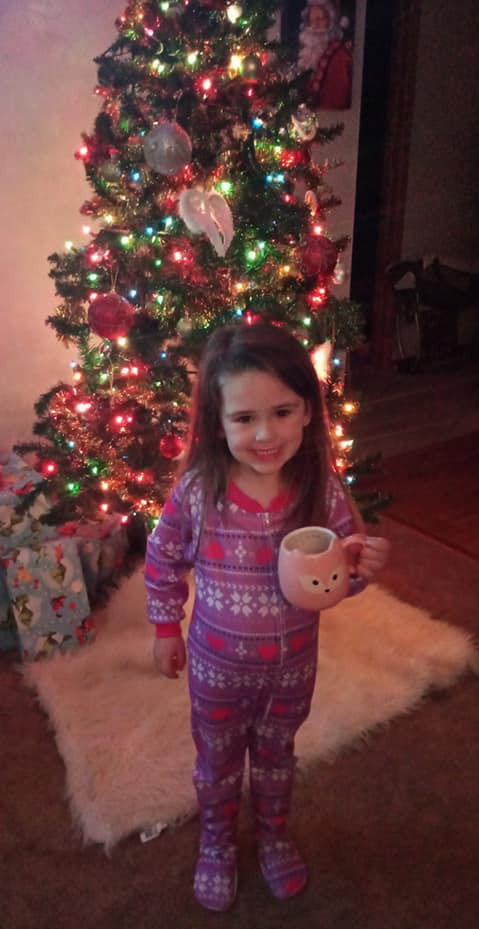 Christmas Morning For Your Kid’s

Do you have something special you do with your family on Christmas Morning? Do you have a certain wrapping paper you use? Do you Wrap Santa gifts?

I would love to hear from you in the comments and what you do with your kids! 🙂 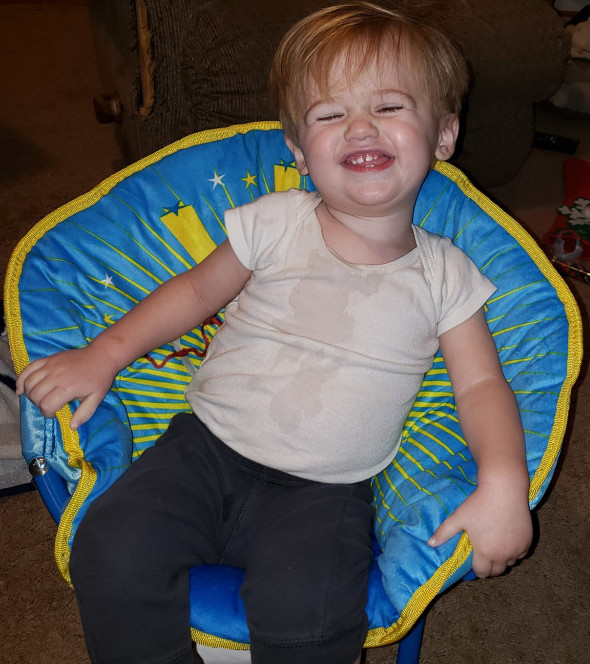 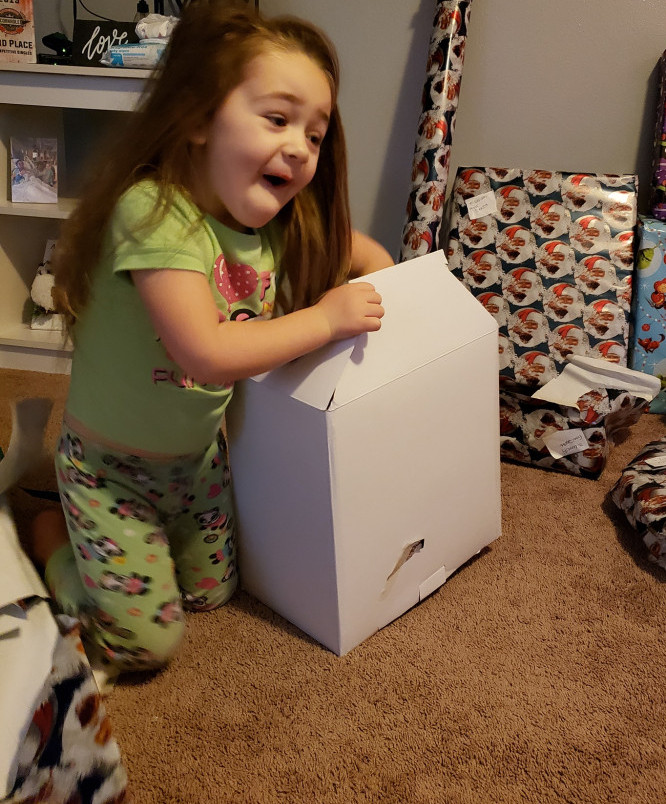 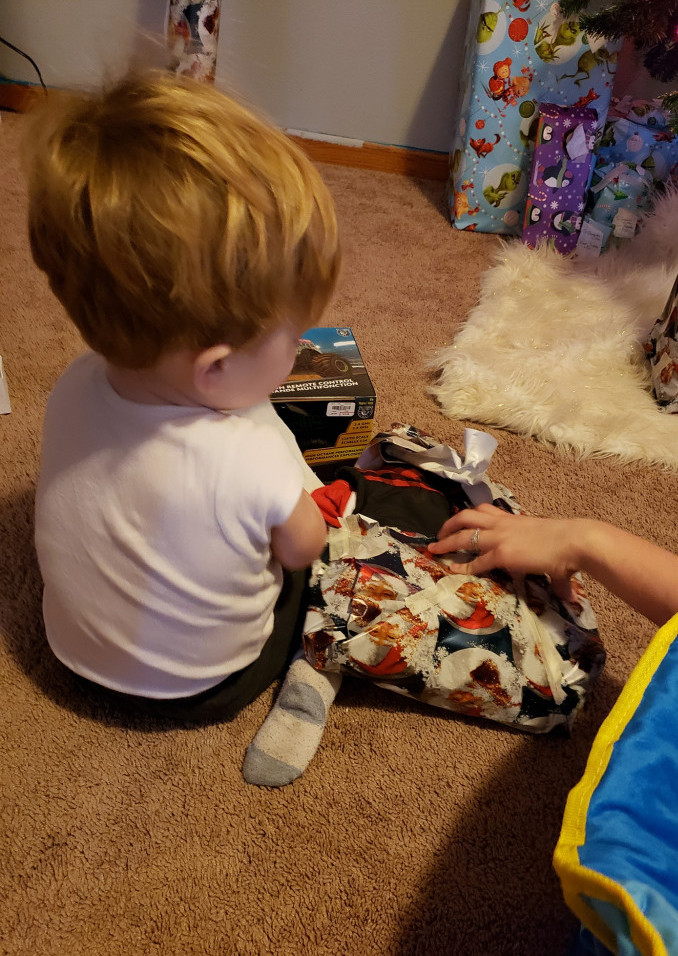